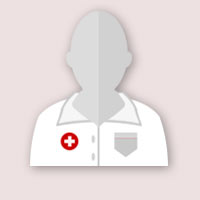 Although the exact cause is unknown, Hashimoto's disease is believed to be caused by an abnormality within the immune system. People with other autoimmune disorders such as vitiligo, Addison's disease, lupus and type 1 diabetes, are more likely to develop Hashimoto%u2019s disease. Other factors may also play a role in the development of Hashimoto's disease including:

Symptoms of Hashimoto's disease are similar to those of hypothyroidism and may initially include goiter, fatigue, pale skin and a hoarse voice. Additional symptoms include:

Symptoms of this condition typically progress slowly over time.

Hashimoto's disease is diagnosed through a review of symptoms and a physical examination. Additional tests often include:

Blood tests can help to determine the amount of hormones produced by the thyroid and pituitary glands. Because Hashimoto's disease is considered an autoimmune disorder, blood tests are also used to analyze the production of abnormal antibodies.

Hashimoto's disease is commonly treated with medication called levothyroxine. This medication is commonly referred to as thyroid replacement therapy because it restores the thyroid hormone levels within the body. The dosage of medication varies based on the severity of the thyroid problem, the patient's age, weight, and any other existing health problems. A normal, healthy thyroid and metabolic state can be restored with thyroid replacement therapy, however, most patients have to take this medication for the rest of their lives.