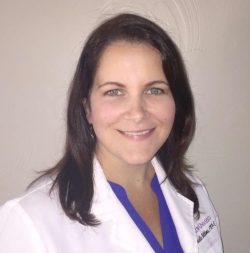 Who is at risk for developing hyperparathyroidism?

Twice as many women as men develop this disorder and it is increasingly common with age, most often occurring in patients over the age of 60. Individuals who have had radiation treatment of the head or neck are at greater risk.

What are the causes of hyperparathyroidism?

What are the symptoms of hyperparathyroidism?

In many cases, patients with hyperparathyroidism experience only vague symptoms of malaise, but the oversecretion of PTH and the resulting elevation of calcium blood levels affects every system of the body. Left untreated, the condition may cause:

How is hyperparathyroidism diagnosed?

Several diagnostic tests are used to detect hyperparathyroidism, including blood tests to check PTH and mineral levels, bone density scans, ultrasounds, and CT scans of the kidneys and urinary tract.

How is hyperparathyroidism treated?

Hyperparathyroidism may be treated with prescription vitamin D and calcium supplements. Patients may be advised to drink plenty of fluids and to limit their intake of dietary phosphorus. Drugs may also be prescribed to lower PTH secretion. In most cases, however, surgery is the recommended treatment.

How is parathyroid surgery performed?

Parathryoidectomy, the surgical removal of one or more of the parathyroid glands, has a high rate of success. If only one gland is removed, the surgery may be performed as a minimally invasive radio-guided parathyroid procedure, known as MIRP, or endoscopically. Either way, the patient can return home the same day. If more than one parathyroid gland requires removal, the operation will take longer and the patient will be required to remain in the hospital at least overnight.

What are the risks of parathyroid surgery?

Parathyroid surgery is generally very safe and effective. Complications, though rare, occur more frequently in traditional operations than in MIRP or endoscopic surgery. There is a slight risk that vocal nerves will be damaged by the procedure resulting in hoarseness or other voice changes. There is also some possibility that calcium or vitamin D supplements may need to taken in the years after surgery.

In addition, parathyroidectomy involves the risks inherent in any surgical procedure, which include: excessive bleeding, blood clots, infection, breathing problems and adverse reactions to anesthesia or medications.